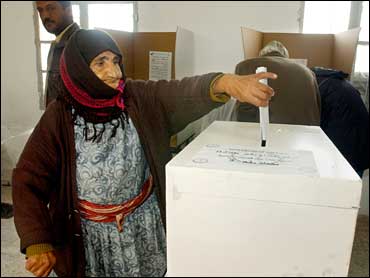 published in THE WEEKLY STANDARD

Recent events highlight the need for liberal institutions in the Middle East; here’s how to promote them.
by Daveed Gartenstein-Ross & Nir Boms
04/13/2006 12:00:00 AM

When Americans learned that 41-year-old Afghan citizen Abdul Rahman could be put to death for converting to Christianity, they were outraged. Chuck Colson spoke for many when he wrote, “Is this the fruit of democracy? Is this why we have shed American blood and invested American treasure to set a people free?” (Although Abdul Rahman was ultimately whisked away to the safety of Italy, the apostasy laws used to charge him haven’t been repealed.) When the Abdul Rahman case is added to Hamas’s electoral victory in the Palestinian territories and the Muslim Brotherhood’s gains in Egypt’s recent parliamentary elections, a disturbing trend emerges: the rise of illiberal democracy in the Middle East. END_OF_DOCUMENT_TOKEN_TO_BE_REPLACED

In recent years, summer in Iran has been marked by uprisings, strikes, public protests and the government’s harsh crackdown against them. There are signs this summer will be no different.

As the anniversary of the anti-government uprising of July 1999 approaches, widespread arrests of students and women are taking place. Some students are nabbed from their dormitories by plainclothes Revolutionary Guard agents, while many others are served arrest warrants. The US International Bureau of Broadcasting’s Radio Farda reported on May 29 that, “the persistent summoning and detention of students all over the country has caused fear and insecurity in universities.”

END_OF_DOCUMENT_TOKEN_TO_BE_REPLACED

Democracy is still a rare phenomenon in the Arab and Muslim world – and as we attempt to bring Democracy to places like Iraq and Afghanistan, the discussion concerning the reason for this reality triggers much attention.  George Will recently commented on this “democracy deficit” focusing on the cultural dimension. He noted that the Islamic world lacked an “attachment for freedom” and “social ground for the seeds of democracy”.

END_OF_DOCUMENT_TOKEN_TO_BE_REPLACED

by Nir Boms and Aaron Mannes

With elections in Iraq and the Palestinian Authority, huge pro-freedom demonstrations in tiny Lebanon and even small pro-democracy demonstrations in Egypt, it appears that freedom’s dawn is finally reaching the Middle East. But democracies require the rule of law and currently the legal systems throughout the region serve as tools of repression rather than guarantors of individual liberty. END_OF_DOCUMENT_TOKEN_TO_BE_REPLACED